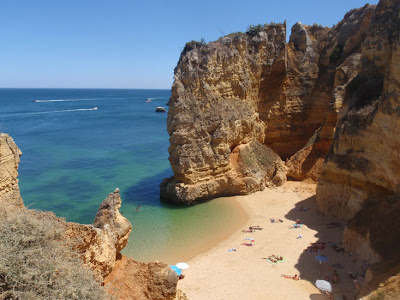 Arriving in Lagos  Portugal at night from Barbate, Spain, we (my 3 mates and I who are travelling through Europe in a van) parked the van up in a lonely car park atop of what appeared to be a hill. As we woke the following morning we coincidentally realised the car park was on an awesome cliff showing off the beautiful Lagos coastline of Portugal. Knowing damn well the car park was not one in which we would be permitted to park up and sleep in, we went and found a camp ground only 500m to the beach.
Lagos is a great place to visit for its beaches and relaxed vibe during the day, but it’s mostly renowned for its party life, with more youths coming back each summer to live it up and go nuts on the cheap drinks. At this point in time we joined the crowd as the swell had no size what so ever, so surfing was out of the question, oh and yea for the fact that we love to party.
So our days consisted of chilling with our new friends (also from Aus) by the beach and taking in the magnificent cliff faces that edge the beaches. With our evenings/nights/early mornings occupied with shots, drinking games, club hopping, dancing and more drinking. 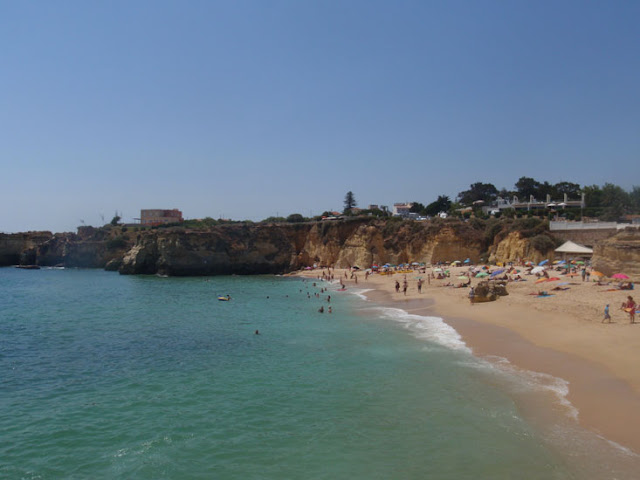 To cure our hangovers a quick dip in the chilly salt water did us wonders and deciding to venture off with Matty (whom we recently became friends with), we swam through the short caves formed in the base of the cliffs by the erosion. In doing so I came across one of the many small but steep cliff faced Islands where we could climb up and jump off into the water, not far from shore. 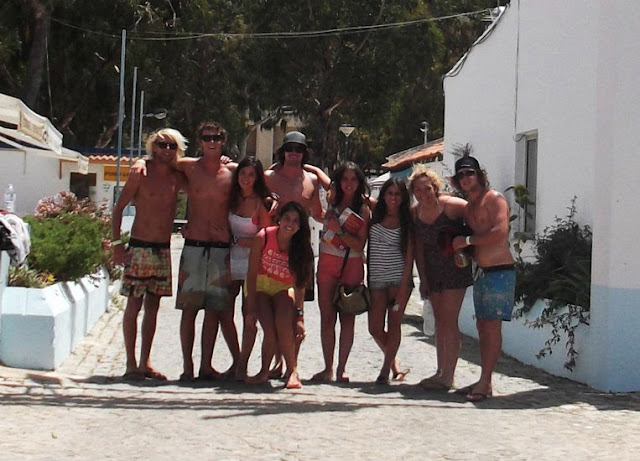 Swimming over and looking up, it looked positively easy, that was until we had climbed up and looked down at the water below, where I discovered it was quite a height. Well I am here now, I have lead my mate up here so here I go, and as I jumped out plummeting towards the water everything slowed down and fell awkwardly silent for a brief 2 seconds. Boom! I hit the water, WOOOOOO HOOOOOO! I yelled surfacing, that was amazing. Jump, jump, jump, I yelled back! And my mate Matty made the leap, YEEEEEWWW he screamed back at me in excitement. That was the highest cliff either of us had jumped off at 15m in height, that’s until I later headed to Croatia. 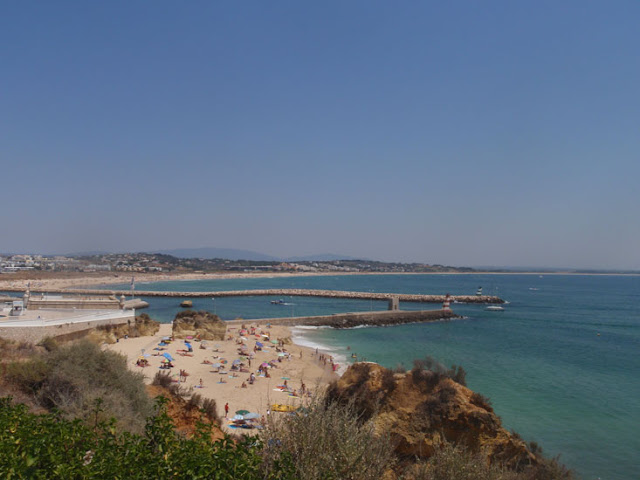 In between partying and lazing around, we organised a meet up with Marlon Gereber’s (a pro surfer) little brother Melvon. He was selling his brothers boards really cheap and they were better than the ones we could find in the surf shops in town, where we had gotten in contact with him. So as we gathered our livelihoods and our possessions, which were scattered throughout the camp, we left behind our dignity (probably never had any to start with) and picked up some sleds (surfboards) before we drove of on our way up to the first place where we could actually catch waves – Amado, Portugal