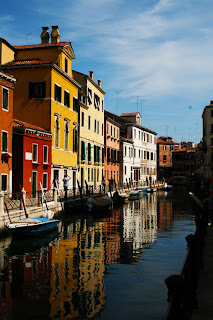 As the stunning city of Venice is brought to mind, our brains automatically conjure up images of deeply in love couples, romantically gliding through the perfectly still water canals under the moonlight sky upon gold trimmed gondolas to wine and dine in luxury. So why on earth would us 4 Aussie blokes road tripping through Europe possibly visit a city like Venice?
Well for starters the entire city, along with its canals system is listed as a world heritage site.  There are 117 islands among the 177 canals throughout the city and it is regarded as one of the world’s most beautiful cities, so how could we neglect such a unique city. Yet again, we were among the astonishing average number of 50,000 tourists that flock to Venice each day, but it was well worth it to observe the beautiful cityscape rich in musical and artistic cultural heritage. 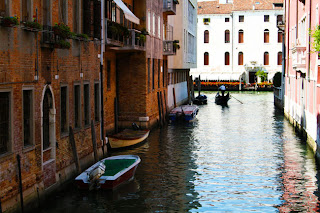 What I liked most about the city is realising how it became inhabited. Back in 400 A.D. the first people to settle in the Venetian Lagoon were frightened men coming from the nearby Italian mainland. For centuries these people had enjoyed prosperous lives in splendid cities of the Roman Empire along the north-eastern shores of the Adriatic.

However, in the early years of the fifth century with the collapse of the Roman Empire and barbarians sweeping down from northern Europe, their communities were thrown into chaos. The populations of these towns fled seeking refuge before their enemies the Goths, could not follow them. This is how the history of Venice began.
Accommodation in town can be quite expensive, however there are options of accommodation on the mainland, from where you can catch public transport to and from Venice, which is what we did. Spending only a day walking around Venice is all that is needed 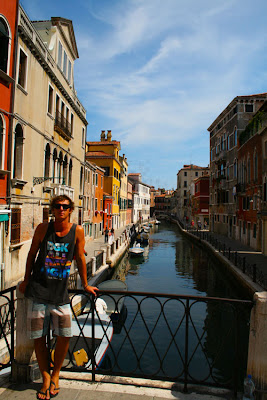 really. We crossed just a handful of the 378 bridges viewing the stunning artistic architecture whilst photographing and dining.

In my opinion more than 2 days would be a lot longer than needed to see all of Venice. My favourite thing I like to do in Venice is photograph whilst stopping for breaks at the vast array of unique restaurants and cafes.
Do you have a favourite thing to do whilst visiting Venice, and what may it be?