Not only were the Germans living in Berlin un-aware, but they would never of never thought to think that they may never see their loved ones for decades or in some cases ever again.
On the night of August 12-13 in 1961, soldiers along with construction workers from East Berlin began destroying the streets that connected West Berlin to East Berlin. Putting in place the 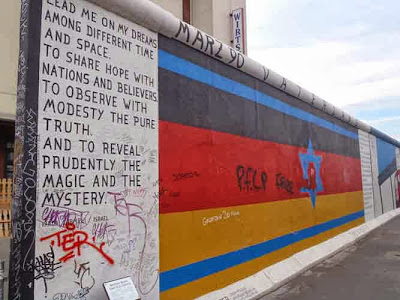 wall which was constructed from concrete posts and barbed wire, it stretched for hundreds of miles not only dividing East and West Berlin but it cut the whole of West Berlin off from the rest of Germany.

The very next day 60,000 people awoke to realize that they could not go to work, school, university, or even see some of their family and friends again. The existing telephone cables were also cut leaving West Berlin in complete isolation. 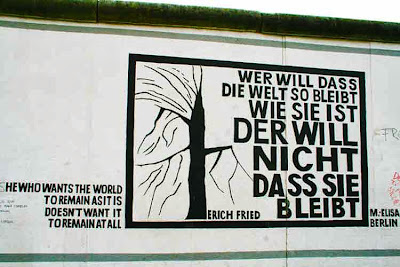 During the 28-year history of the wall it received 4 transformations, the first of which occurred just 4 days from the initial erection. The barbed wire was replaced with concrete blocks with the barbed wire now running along the top.

4 years later the wall was reformed into a solid concrete wall with steel supports.

Later, in 1975 the wall was reconstructed a lot higher and wider to 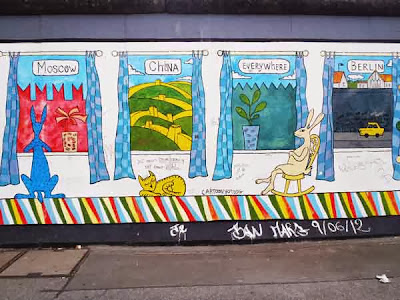 prevent people from climbing. The wall stood 12 feet high and 4 feet wide with a smooth pipe along the top to hinder any escapees.

There were breaks in the wall, which acted as checkpoints for the use of government officials and westerners. Checkpoint Charlie was the main access point between East and West Berlin and has now become famous as it’s featured in books, movies and even theatre plays. 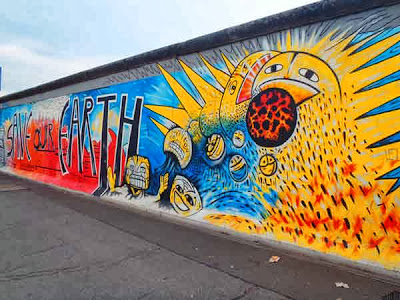 As the late 80’s came along, communism began to weaken and eventually the fall of the Berlin Wall happened on November 9, 1989, when an East German government official Günter Schabowski stated, “Permanent relocations can be done through all border checkpoints between the GDR (East Germany) into the FRG (West Germany) or West Berlin.”

There were mass celebrations between the people and over time the wall was broken down into pieces, some used as collectables some in museums and some parts still stand today along with Checkpoint Charlie as an iconic reminder of history.

One of Berlin’s major attractions is the East Side Gallery which started to become decorated by artists from all across the globe, depicting a time of change, and for the optimists of a larger and superior future for everyone in the world. 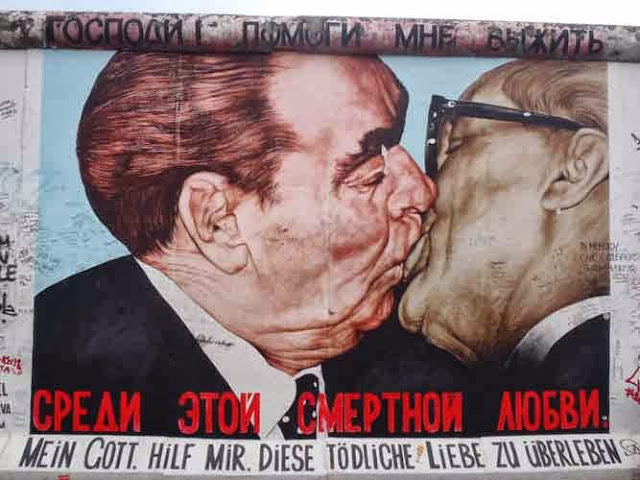 The above picture is of one of in not the most famous painting on the wall is of “The Kiss”. Which is of the Soviet leader Leonid Brezhnev in 1979 after finishing a speech when East German President Erich Honnecker opened his arms to congratulate him with a big kiss, a normal ritual for socialist buddies.